2024 Ford Mustang, All you want to know & watch about a Great Car

2024 Ford Mustang, All you want to know & watch about a Great Car

WHAT IT IS: The seventh generation of the icon that launched the pony-car genre will arrive in time for the Mustang brand’s 60th anniversary. Expect it in coupe (as rendered here by our artist) and convertible forms with two powertrain offerings. Variants delivering greater performance and efficiency will follow in the years to come.

WHY IT MATTERS: The Mustang, along with the Bronco and F-150, is a pillar of the Ford brand that carries immense emotional appeal. It’s Ford’s sole North American car offering and also ranks as one of a shrinking number of affordable, fun-to-drive two-doors. Plus the droptops are all over rental fleets in tropical locations—what would we do if it disappeared?

PLATFORM AND POWERTRAIN: The 2024 Mustang will get a new code name (S650), but we expect its D2C-derived architecture to largely carry over from its S550 predecessor. And based on numerous prototype spy photos and leaks, it will receive only mild evolutionary styling revisions, such as squintier three-element headlamps, a revised hexagonal grille, and new air intakes.

New electrical architecture will enable new feature content at launch, like a fully digital instrument cluster and today’s latest safety and driver assist features. It will also support over-the-air updates to an increasing number of software-enabled features, helping it stay as fresh as ever over its expected eight-year lifespan.

Powertrain offerings will carry over at launch, including the 2.3-liter EcoBoost I-4 and 5.0-liter Coyote V-8 engines, as well as the six-speed manual and 10-speed automatic transmissions. Engine outputs may be adjusted—we hear base 2.3-liter power will increase from 310 to 320 hp, for example. And Ford officials have cautioned us that the six-speed could be phased out at some point during this model’s lifetime.

One major powertrain addition expected in 2025 is conventional and/or plug-in hybridization. Leaked info suggests both engines will get an electric boost. This could be accomplished most easily by employing a version of Ford’s Modular Hybrid Transmission (MHT) as found in the Explorer Hybrid, which should be adaptable to either engine.

Among the electrification possibilities, enthusiasts will be most stoked by a unique V-8 hybrid powertrain revealed in patent drawings. It mounts a roughly alternator-sized electric motor on each side of the V-8, with their output shafts roughly aligned with the crankshaft centerline.

It being patented makes sense, as we’re not aware of any other vehicle employing such a setup. Plus, it’s far simpler than trying to package a single electric motor somewhere and needing to run a shaft through the oil pan; that would likely require halfshaft angles that would overtax existing CV joints. Using dual motors also allows handling-enhancing torque-vectoring up front—might this system power the next Bullitt or Mach 1?

The rumor mill has hinted at a plug-in version offering at least 10 or 20 miles of electric range, and this would undoubtedly boost efficiency and possibly contribute in some small way to achieving higher corporate average fuel economy (CAFE) ratings coming for 2026. But it would also add even more weight to a sports car that typically weighs more than 3,800 pounds today. So if there is to be an efficiency-focused Mustang hybrid, expect it to be an EcoBoost with rear drive.

Of course, once there’s a battery and an MHT to work with on this platform, it’s not hard to imagine pairing them with the V-8 and front motors, juicing those Coyote V-8 and motor outputs, and creating a worthy Shelby GT500 successor with blistering torque-vectored AWD performance and respectable EPA numbers.

Spy shots have also revealed a shift away from the retro-look dash with binnacles to a more streamlined interior dominated by big instrument and infotainment screens capable of displaying the latest Sync graphics in dazzlingly high resolution.

It’s unclear that the Chevy Camaro and Dodge Challenger as we know them will survive into the next decade, but we expect Ford to assume they will—and to sharpen the Mustang’s chassis dynamics sufficiently so it once again outhandles the Camaro.

The Ford Mustang is easily one of the most iconic and recognizable cars of all time. It kick-started the pony-car class in the mid-1960s and has been democratizing performance for generations of Americans ever since. But while the future of its competitors, the Chevy Camaro and the Dodge Challenger, looks in doubt, the Mustang is set to receive an all-new generation in the next few years—the seventh since the pony car debuted in 1964.

There has not been much yet in the way of official information from Ford, but Mustang prototypes have been spied testing, showing rakish bodywork and an athletic stance. The Mustang should continue with a range of internal-combustion engines, but don’t be surprised to see a hybrid or even electric version down the line. 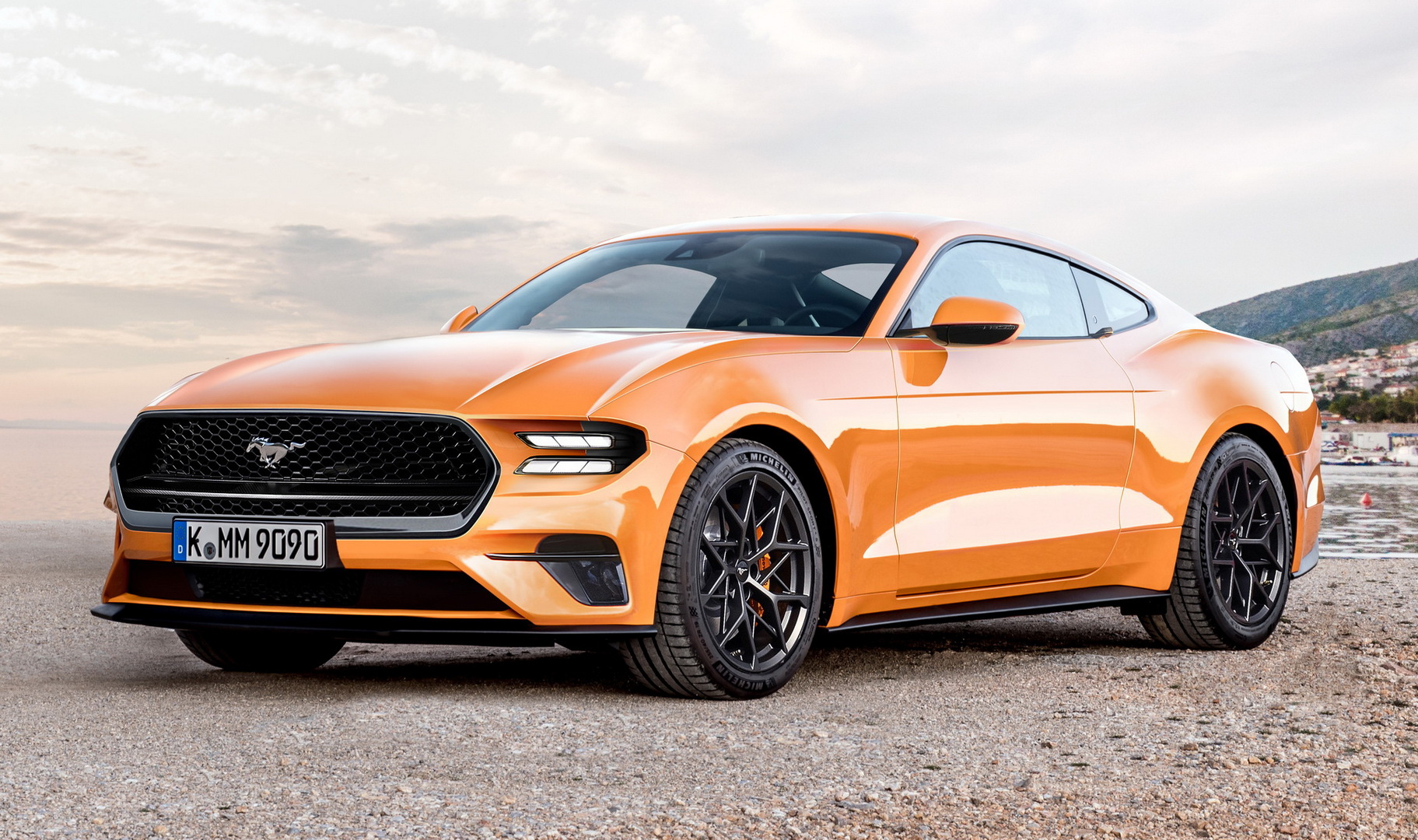 The Mustang will enter its seventh generation in 2024 and is expected to bring a fresh design, although not much can be determined from the heavily camouflaged prototypes that have been spotted testing. The 2024 Mustang will likely ride on an updated version of the current car’s platform, and expect some of the same engines to carry over.

The Mustang is expected to continue offering a four-cylinder EcoBoost engine, as well as a V-8 in the GT model. We estimate the former will start around $30,000 and the latter at $40,000. While we won’t know specifics of each trim until the 2024 Mustang debuts, it would be hard not to recommend the top-dog GT.

A Mustang with a V-8 engine just feels right, bringing more performance and an ear-pleasing growl. Plus, it may be the last chance to buy a new V-8–powered Mustang, as future generations of the muscle car may focus on EV or hybrid powertrains.

There are no official specifications available ahead of the 2024 Mustang’s official reveal, but the seventh-generation Stang is expected to feature a similar engine lineup to the current model. We predict the base model will continue to be powered by a turbocharged EcoBoost inline-four, while a Ford official recently said that Ford will continue to offer a V-8 and that the company is looking at an electrified model.

The manual transmission is in danger, however, with the Ford executive admitting that the stick shift will eventually be phased out.