We offer an early look at what Ford’s high-powered range-topping Mustang could look like. The answer is: awesome.

The new seventh-generation 2024 Ford Mustang really flexed at last week’s reveal, keeping the dream of manual-shifted V-8-powered muscle cars alive for at least a few more years. For the past few generations, Ford has developed a Shelby GT500 trim as a sort of range-topper in the Mustang lineup, offering more power than a standard V-8 ‘Stang with the help of a supercharger.

We can expect heavy use of carbon fiber, intense suspension and chassis upgrades, custom bodywork with more aggressive aero and massive rear wing, and of course the GT500’s signature racing stripes—here are a few renderings of what the 2026 Ford Mustang Shelby GT500 could be. We tossed in a version done up like the latest Hertz GT500-H, too, because who doesn’t love a 900-hp rental car?

While it was a bit surprising to not see any hybrid or electrified powertrains for this new generation, as had long been rumored, Ford did still offer something fresh: the all-new Ford Mustang Dark Horse performance model. The Dark Horse will offer the most powerful 5.0-liter V-8 the company has ever tuned for a road car, generating an estimated 500 horsepower.

The Dark Horse also borrows some of the upgrades previously only reserved for the Shelby performance Mustang models like the GT500, including its carbon fiber wheels and specially modified piston connecting rods, without getting the full Shelby overhaul.

It seems that the new Dark Horse model takes the midrange performance level for this next-gen muscle car that was previously held by performance trims like the 2021 Mustang Mach 1, which offers around 20 more horsepower than the sixth-gen Mustang GT it’s based on. That still leaves plenty of room for Shelby models like the GT500 to take it even further.

The outgoing supercharged 5.2-liter “Predator” V-8-powered GT500 offers 760 horsepower and 625 pound-feet, and we only expect it to get even more ridiculous with the next generation due in a few years. The outgoing GT500 offers a 7-speed dual-clutch automatic (with no manual option), nice adaptive dampers, up to 16.5-inch brakes, and Michelin Pilot Sport tires wrapping carbon fiber lightweight wheels, and we can expect a similar setup for the new car.

Inside the GT500 will likely get Shelby-specific Recaro front bucket seats, the option for a rear seat delete to save weight, as well as plenty of carbon fiber trim and construction.

This week, Ford Authority has reported via “sources” that the seventh-generation Ford Mustang Shelby GT500 will debut in 2025 as a 2026 model year, with the current sixth-gen Mustang-based GT500 phased out this year. That sounds plausible, so we likely won’t be waiting too long for the debut of the new one.

Current Ford Mustang Will Run Through At Least 2026

Ford has no plans of replacing the current Mustang any time soon.

The next Ford Mustang won’t bow until 2026 or later, according to Automobile Magazine. Ford’s evergreen sports car – soon to be the only actual car remaining in its lineup – will soldier on atop its current S550 platform for another several years.

That’s not to say that it won’t see some major changes in the meantime. Mustang fans can expect a major overhaul of the current platform within the next few years, not only to change the exterior sheetmetal but to accommodate a hybrid drivetrain as well.

The next Mustang, which will likely be dubbed the S650, will share a platform with the current Ford Explorer and Lincoln Aviator. However, the platform – known as the CD6 – will be heavily modified for Mustang use, hence the S650 moniker. Sharing its basic platform with volume vehicles like the Explorer will help to make the Mustang profitable – and keep it alive.

As a result, the next Mustang will be bigger, likely the size of the current Dodge Challenger or larger, according to Automobile. Apparently, a longer wheelbase will keep the EPA happy in regards to fuel economy expectations.

Sharing a platform with less interesting machinery is nothing new for the Mustang – in fact, it was the norm for the first 40 years of the car’s production run. Twenty-five of those years saw the Mustang riding atop the Fox platform, so seeing the Mustang S550 through for 12 model years (or more) won’t be so bad.

We’re still a long way from even the refreshed S550, let alone the S650. It’s not often that we have details like this so far in advance, especially not for volume cars like the Ford Mustang. We’re just glad that Ford plans on keeping the Mustang around – and preserving its winning recipe – for a long, long time.

Ford planning new Mustang Shelby GT500 for 2026, according to report

Ford just pulled back the curtain on the seventh-generation Mustang last week, and we’re already learning about upcoming performance variants. Ford Authority reported that the current Mustang Shelby GT500 will depart after 2022, only to return in 2025 as an all-new 2026 model.

The 2022 GT500 sports a supercharged 5.2-liter V8 that delivers 760 horsepower. Ford said the 2024 Mustang GT would get the highest-horsepower 5.0-liter engine it’s ever offered for the car, so expectations for the new GT500 are high. Other upgrades will likely include revised suspension, new drivetrain tech, and loads of carbon fiber components.

Ford seems to be taking the S650 Mustang as an opportunity to bring incremental improvements that keep the car relevant as its rivals are expected to go electric. Initial rumors pointed to a hybrid variant with electric motor-driven all-wheel drive, but that didn’t materialize in Ford’s reveal. What we did get is a refinement of the formula we’ve known for decades, with more power and a massively improved interior.

The Blue Oval will also push the new pony car into motorsports venues it hasn’t seen before. Ford confirmed that it would send a crew of Mustang GT3 cars to Le Mans, and the upcoming Mustang Dark Horse will be available in track-only configurations. Multimatic will build GT3 and GT4 cars for Ford, and early details show a modified Coyote-based 5.4-liter V8 powers the GT3 variant.

2023 Jeep Wrangler, All you want to know & watch about a Great Car

Current Mustang Could Live Until 2026, Hybrid Pushed Back To 2022

It looks like the sixth-gen Mustang will stick around a little longer, as a new report emerged saying that Ford doesn’t plan on replacing it with an all-new model until the 2026 model year, and could stretch its life cycle as far as 2028.

Quoting anonymous sources, Automobile magazine says that Ford plans to keep its pony car relevant until then by bringing in a heavily redesigned version of the current S550 Mustang that will feature new bodywork.

As for the Mustang hybrid that was supposed to be launched together with the model’s big update in 2020, the report now says that it’s been pushed back to early 2022.

Codenamed S650, the next generation Mustang is going to be based on Ford’s latest CD6 architecture that underpins models like the Explorer and Lincoln Aviator. What this also means is that the next Mustang will most likely grow in size, too, since this is a larger platform. 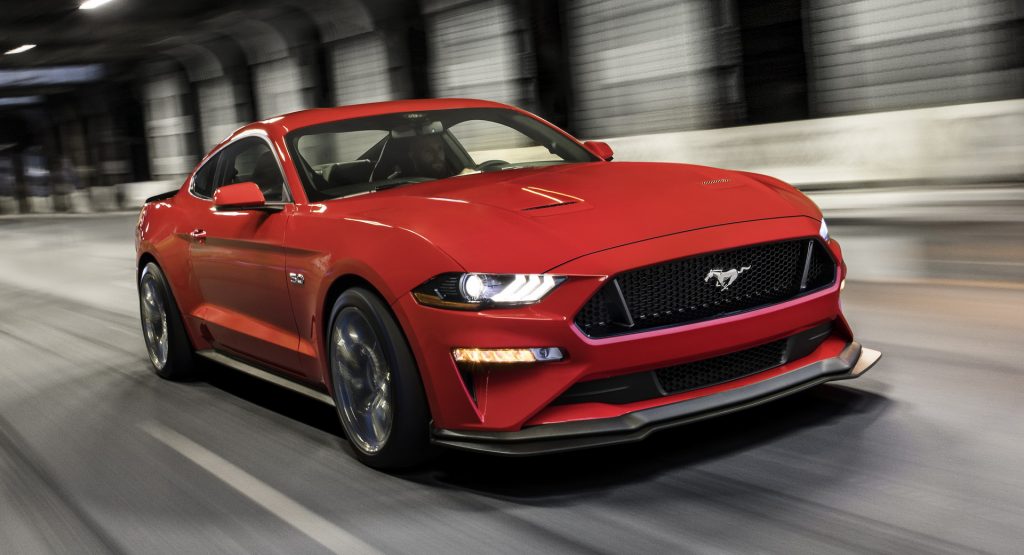 It may sound odd to keep a model alive for this long, since the current Mustang was originally launched back in 2014, but given the current market conditions that favor SUVs and pickup trucks instead of sports cars, Ford’s plan could make sense from a financial standpoint.

With the company currently focusing on electrification and SUVs, allocating resources to a car like the Mustang won’t be Ford’s priority, so its life cycle could be extended. The company has done the same in the past with the Fox-platform Mustang that first debuted in 1979, keeping its architecture in production until 2004, following a heavy refresh in 1994. Even the previous Mustang remained in production for a decade, so maybe we shouldn’t be that surprised.

Dodge has done the same with the Challenger, which debuted back in 2008, while Porsche will keep the 718 Cayman and Boxster in production until 2023.

With crossovers, EV powertrains and autonomous technologies being top priorities for automakers, and sports cars an endangered species, we should probably thank Ford for giving us another new Mustang, even if we have to wait for it until at least 2026.