The 2CV van is about to make its return!

After the Type H, it was another legendary Citroën utility vehicle that inspired the Caselani company: the 2CV van. The Italian firm has just delivered the first teaser to announce its rebirth. 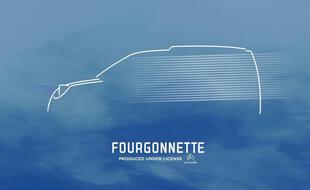 The image hints at the profile of the famous 2CV van, with its domed hood, prominent lights and stall at roof level at the split between the cabin and the cargo space. The elusive features of the teaser refer to the corrugated iron body, a trademark of the small utility.

In all likelihood, this new model, which could simply be called Van, will be produced on the basis of the Citroën Berlingo. As with the Type H and Type HG already produced by Caselani based on the Jumpy and Jumper, it will be an aesthetic kit that will be mounted on the original body elements of the Berlingo. It remains to be seen whether the result will be as joyfully nostalgic as on previous achievements. Everything suggests this since Citroën has already given its approval to the project.